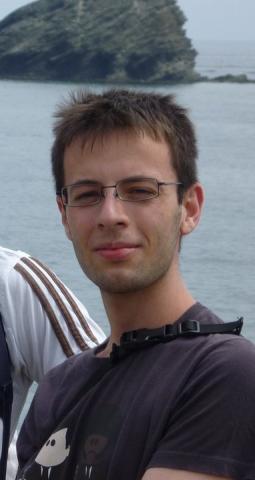 Experimental and numerical based estimates of "apparent diffusivity" of particles and fluid parcels crossing the turbulent/non-turbulent interfaces with density jumps.

Parameterisation and a model of the spreading rate and "apparent diffusivity" constants as a function of density jump, and particle-related parameters (Reynolds, Stokes).

After having learnt physics fundamentals during the Bachelor's degree program, I decided to attend the Master's degree program in Physics with a geophysics outline. Among the courses available in this academic program, my interest was oriented on atmosphere dynamic topics. Hence my prociency area is related mainly to atmospheric physics within the PBL: meteorological processes, turbulence and dispersion phenomena, geophysics numerical modeling.

Link to the paper:

Investigation on the motion of inertial solid particles across stratified turbulent/non-turbulent interfaces (STNTI). Previous studies in quiescent stratified layers demonstrated that inertial particles slow down due to an additional force term related to the stratification.

They report for the first time a similar effect on inertial particles moving across a two-layer STNTI of finite thickness. The problem is addressed both experimentally and numerically: they utilize the three-dimensional particle tracking velocimetry (3D-PTV) in a index-matched STNTI experiment under an oscillating grid, and two direct numerical simulation (DNS) cases of STNTI. The numerical spheres are tracked using a modified Basset–Boussinesq–Oseen equation that includes the stratification force, modelled as the buoyancy of a caudal wake with varying density.

Numerical results for the STNTI cases help to distinguish the essential features observed in the experiments that are caused by stratification from those that relate to turbulence–particle interactions.

Aim> Turbulent/nonturbulent interfaces typically have a thickness of the order of the Kolmogorov scale. However, when we add a density or temperature stratification, we observe that the interface thickness scales differently. We analyze two different turbulent flows at moderate Reynolds numbers using direct numerical simulation and demonstrate that the results collapse on a single curve using a lengthscale based on the potential enstrophy.

A paper was published about Potential-enstrophy length scale for the turbulent/nonturbulent interface in stratified flow by Marco Boetti, Maarten van Reeuwijk, and Alexander Liberzon on 15 November 2021