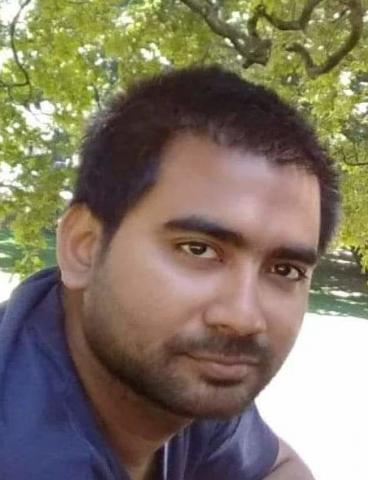 Master of Science (2015) in Mining Engineering at the University of Alaska Fairbanks, USA.

Born in Eastern part of India, I spent my entire years of upbringing in my hometown Kalna. After completion of my schooling till 12th grade, I moved out of my hometown for the first time to pursue Bachelors of Engineering (2009-13) in Mining Engineering discipline in IIEST Shibpur, India (Just nearby Kolkata, previously known as Calcutta).

This first move started a series of movements in my life, where I reached Alaska after completion of my Bachelors to pursue Maters of Science (2013-15) in the University of Alaska Fairbanks in USA. Though the major was still Mining Engineering, but some foundation of Atmospheric Sciences, Heat transfer engineering, Computational Fluid Dynamics, Geostatistics and more, left some impression within.

Okkk…. No more technical stuffs…. The entire year of 2016 and beginning of 2017 was probably so called undefined journey, but for me it was probably the most defined journey of my life. It was a peaceful time, in couple of unprivileged schools, teaching almost the entire day all possible subjects and simultaneously learning so much. It was my return back to Nature, to my Fragile but sweetly melodious Bamboo flutes, songs and cooking. Meanwhile I also started my journey together with somebody.

And finally I am writing this comment tab being in Turin, Italy. Got an opportunity to pursue PhD in Cloud Physics in Politecnico di Torino as a researcher in the COMPLETE project. Another chapter already started…