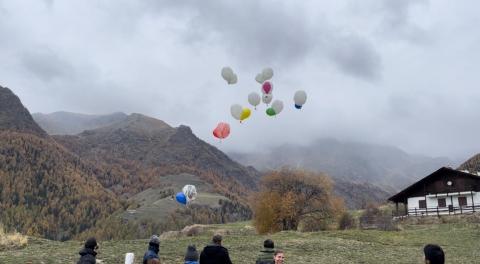 The experimental setup was realized with ten radio probes that freely flying. We filled the ten balloons with helium. We used two ground stations to receive information from the probes during their flight. Two professional Sony HDV video cameras were to film the experiment and use them to compare the relative position of the balloons. The experiment was done in collaboration with the Polito group and INRIM.